Nosy Be is located in the northwest of Madagascar, precisely 8 km from the coast of the country. Main island of an archipelago made up of several Nosy be paradisiacal islands, the history of the perfume Nosy be island began with the arrival of the Arabs.

Formerly called “Vario Be” by the local population, it was, at that time, governed by Queen Ambrym II. Arab ships began to land on the island in the 900s, mainly for refueling. They thus created the very first counter in the country in Malika. Another was built in Ambanoro in 1100 which became, 300 years later, the economic center of the island.

Became French territory in 1842, “Vario be” was then renamed by decree “Nosy be”. It is the French who have contributed to the development of their agriculture. Then in 1920, the famous Asian plant, Ylang-ylang was introduced to the Indian Ocean market. Nosy Be is nowadays one of the biggest producers of this plant, hence its nickname: “the perfume island”.

Capital of the island, Hell-Ville is undoubtedly the most touristic city in Madagascar. Having become more and more developed, it retains within itself the vestiges of the colonial era.

Volcanic island with an area of 321 km2, it is located in the bay of Ampasindava 8 kilometers off Madagascar. It stretches about 26 kilometers from north to south and 20 kilometers from east to west. It is the main island of an archipelago which includes the small islands of Nosy Komba, Nosy Fanihy, Nosy Sakatia, Nosy Iranja, Nosy Tanikely and the Mitsio and Radama archipelagos. The whole constitutes a department attached to the Diana region. The island culminates in Mount Lokobe, an extinct volcano at an altitude of 455 meters; Mont Passot is 329 meters high. Its capital is Hell-Ville (usual name but the Malagasy name is Andoany) 30,000 inhabitants, located on the south coast, which has the main port of the island.

Since 2014 has taken place every end of August for 6 days in the most prestigious hotels of the island, as well as a final during sunset on Mont Passot, the Nosy Be Symphonies – the Classical Music Festival of the Indian Ocean – bringing together international artists from the Indian Ocean and Madagascar.

The island’s population is very mixed and multicultural. However, the Antakarana and the Sakalava are the main ethnic groups that inhabit this region. Coming from northern Madagascar, the Antakarana remain a highly concentrated group on the island. By the arrival of Indian foreigners and Europeans, known as the “vazaha”, the population has become multicultural and colorful.

A mahabo is a sacred cemetery where the princes of the royal families rest. The central tomb of Manongarivo houses various burials, including those of Queen Sakalava Binao who reigned from 1881 to 1921. The small house on the left is the Treasury Case and contains the personal objects of the remains. Access is highly regulated, and the dress and rites to be done beforehand must be respected for both the local population and visitors. It is forbidden to go there on certain days of the week. It is essential to inquire before going.

Warm and welcoming, the population of Hell-Ville is mainly from the Sakalava people, one of the 18 ethnic groups living in Madagascar.

It stands out for its culture and history. Taboos and prohibitions still hold an important place in the local culture. As in all of Madagascar, the cult of ancestors is still present there. They are always asked for blessings for their daily supports.

The simplicity of life of its inhabitants is reflected in their traditional outfits. The “kisaly” is the traditional dress of the women while for the men, the tradition wants the wearing of the “kitamby”.

However, with the changes that modernization has brought, the wearing of the latter is a thing of the past while the “kisaly” is still in vogue. During colonization, other religions such as Christianity and Islam entered the island and have since been in perfect harmony with tradition.

What historical sites mark the history of Nosy Be?

We can name a few for you, which you can visit with or without a guide. 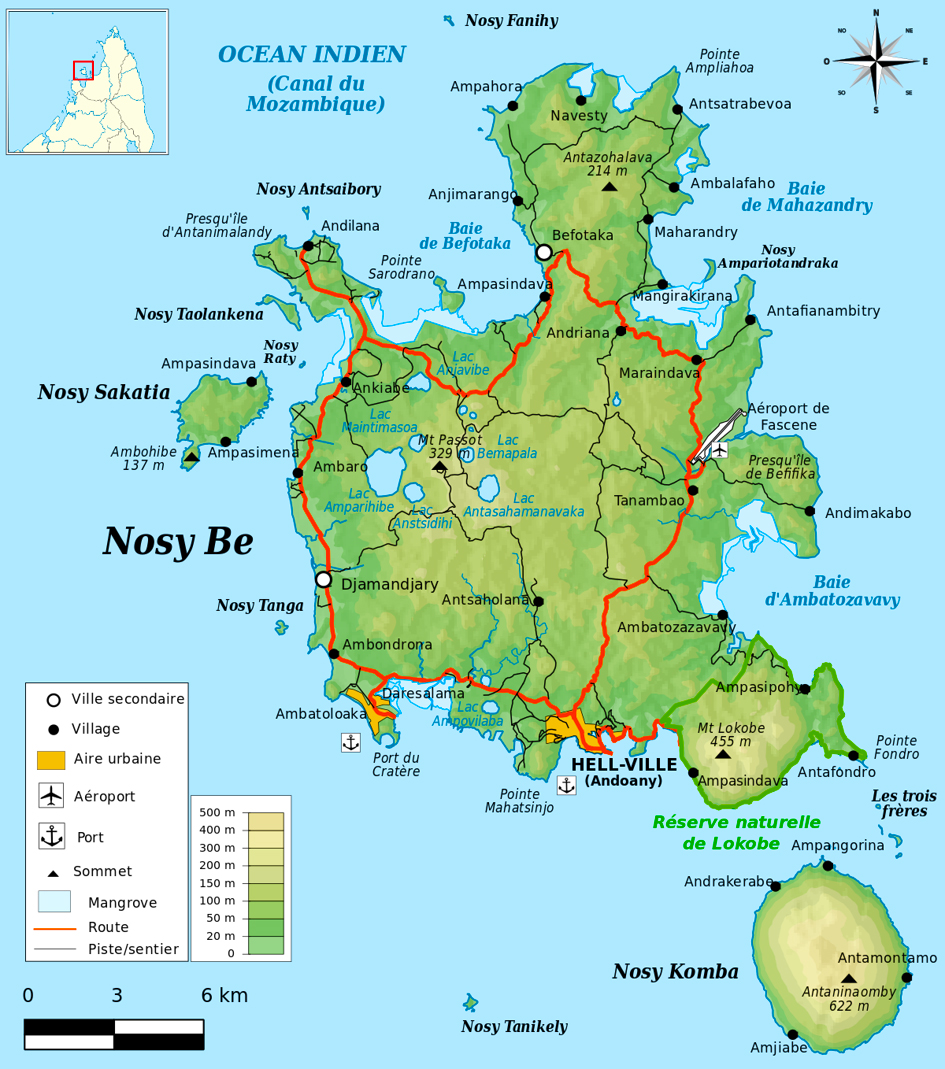